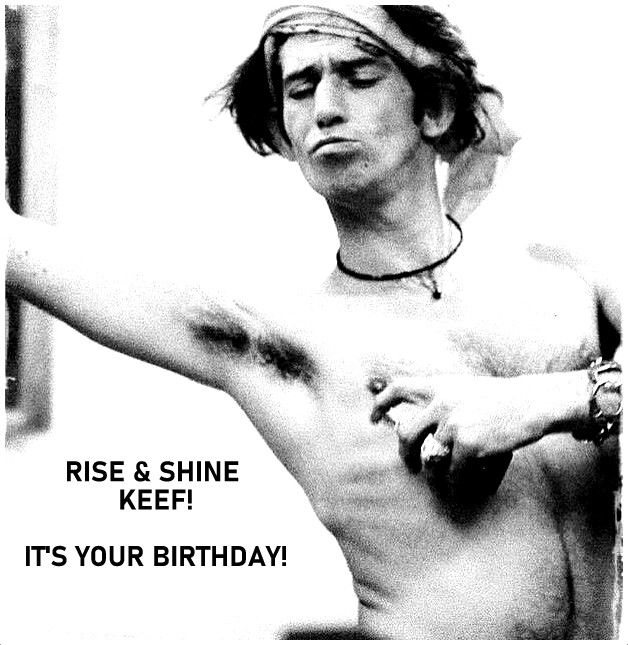 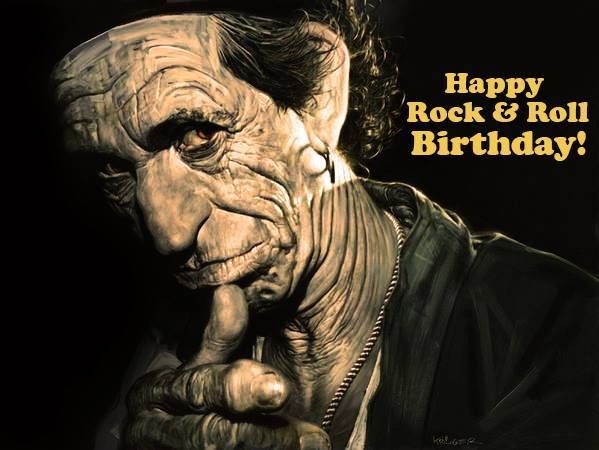 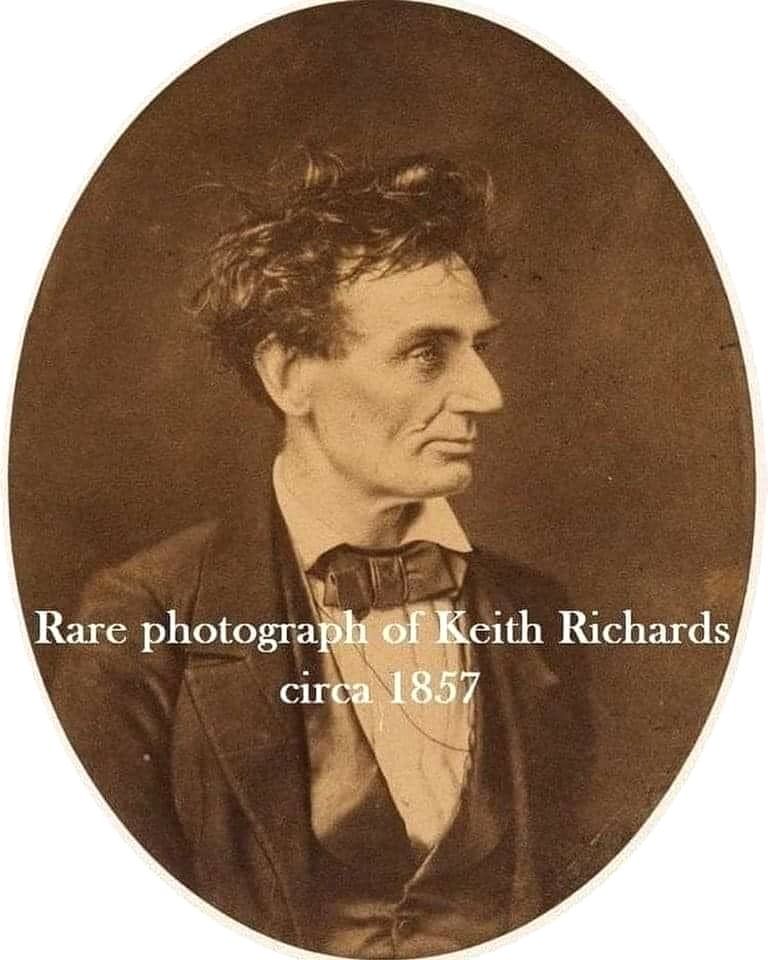 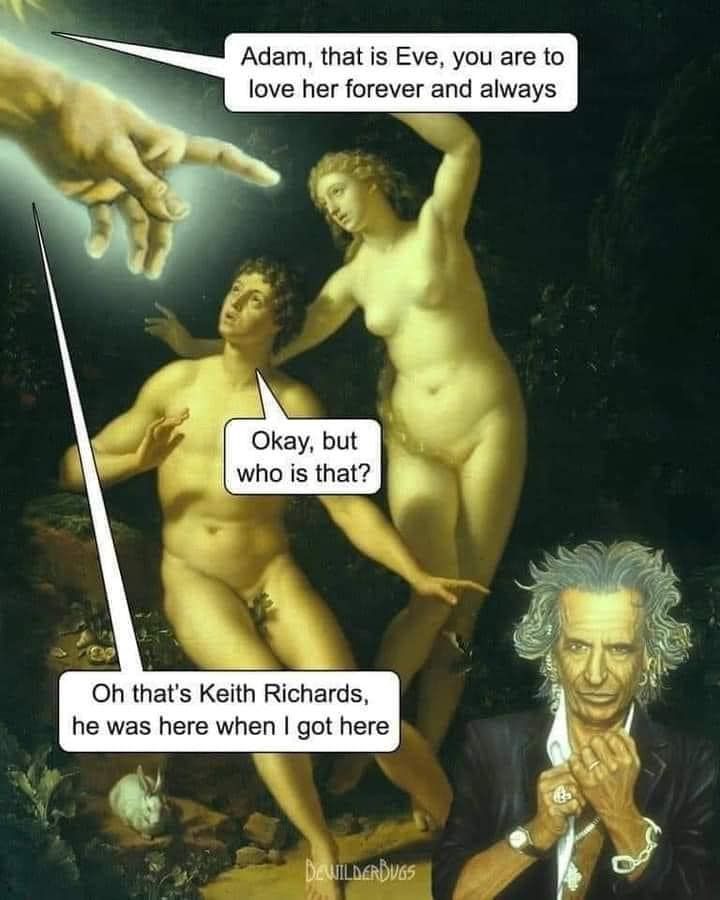 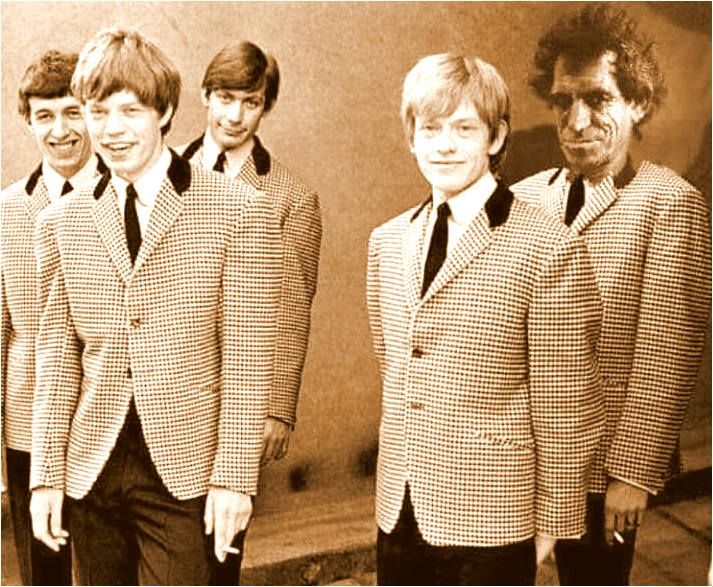 The Early Days of The Rolling Stones 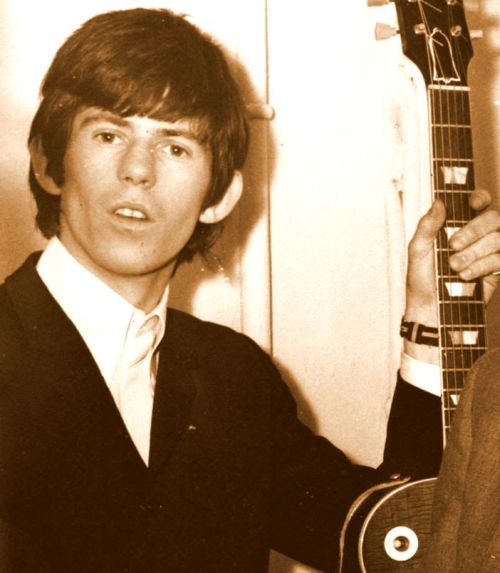 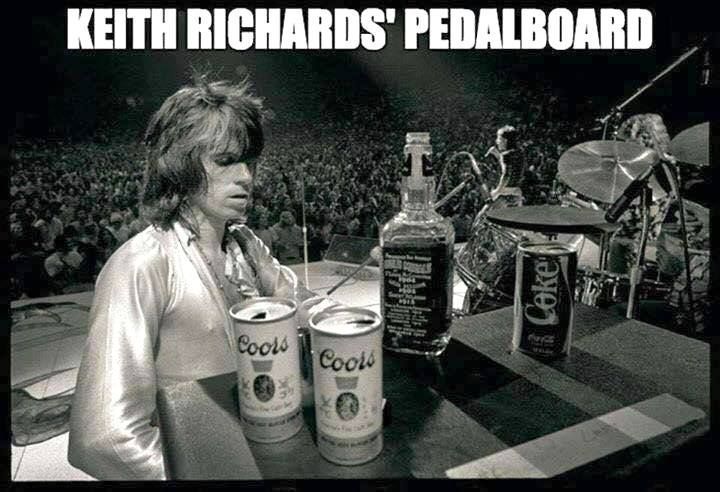 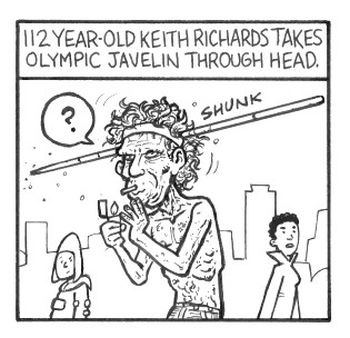 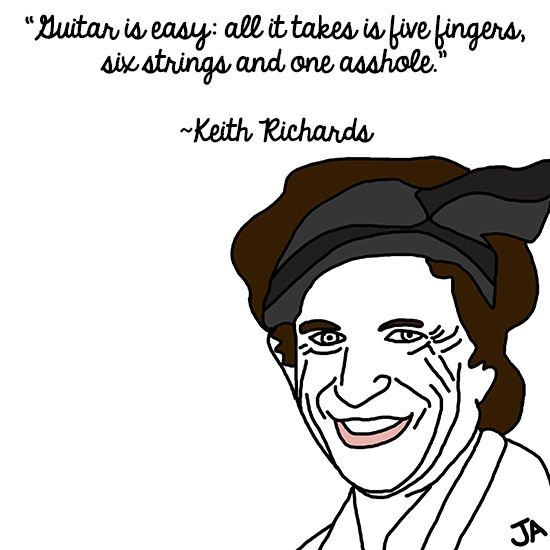 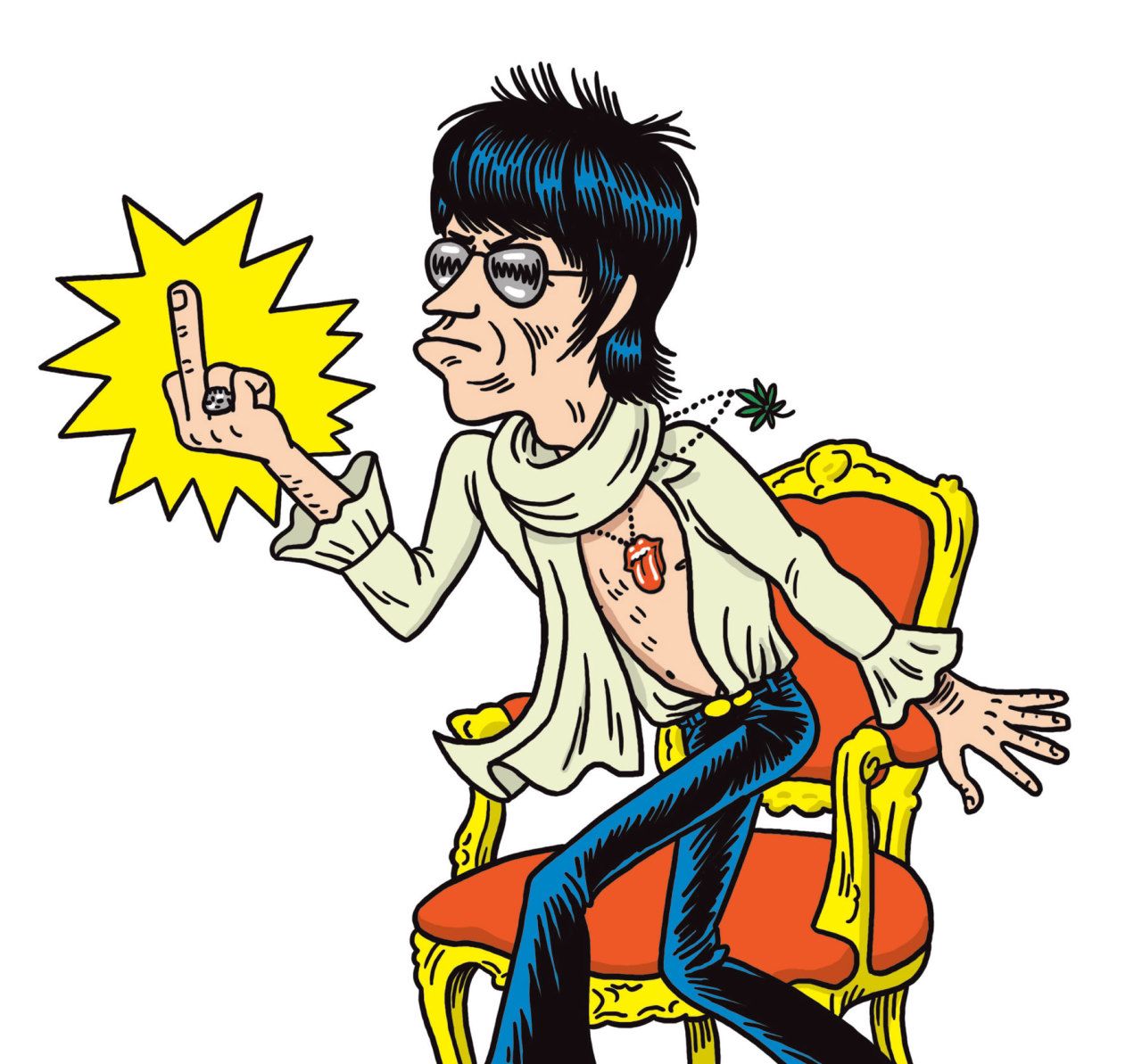 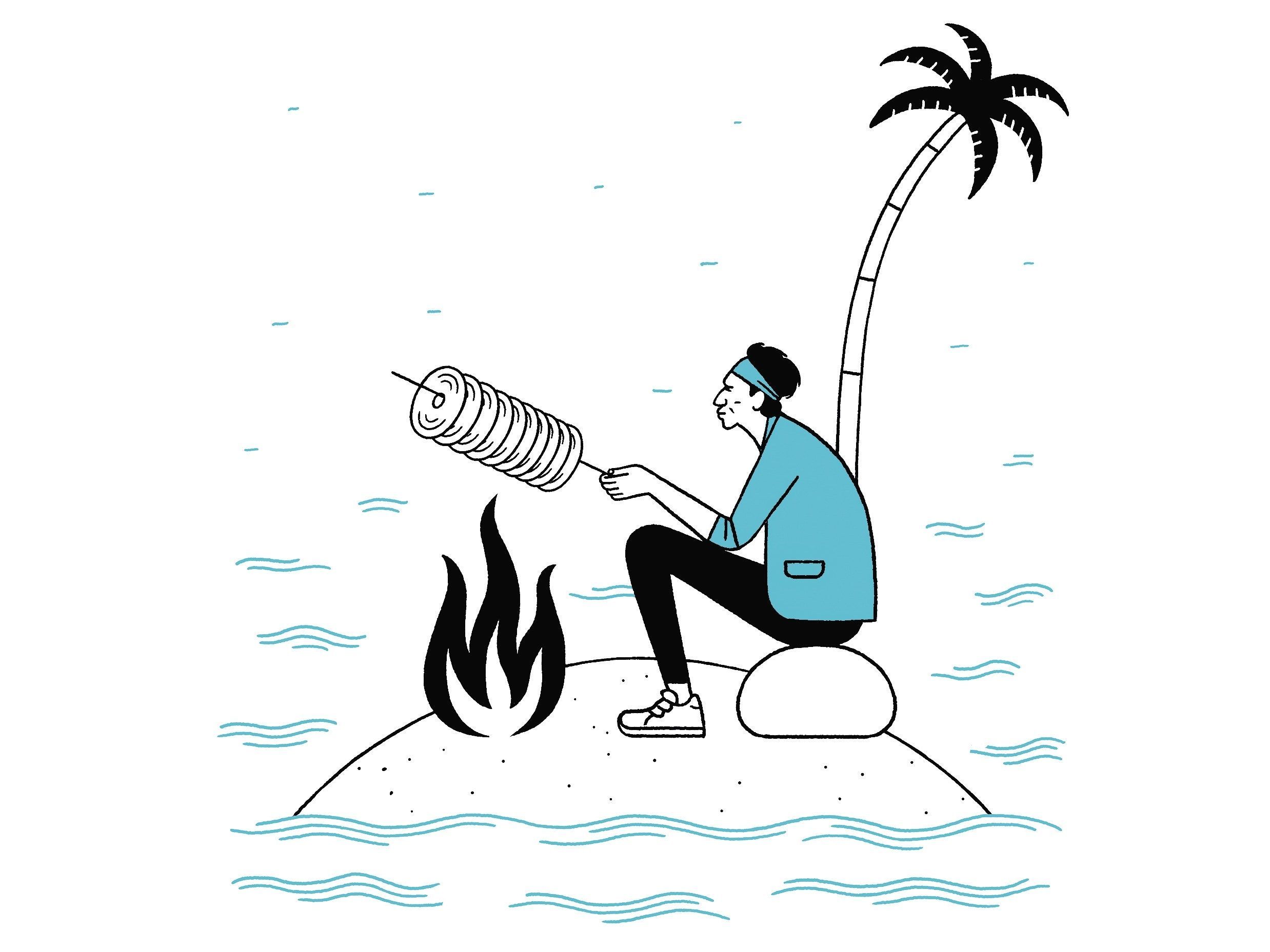 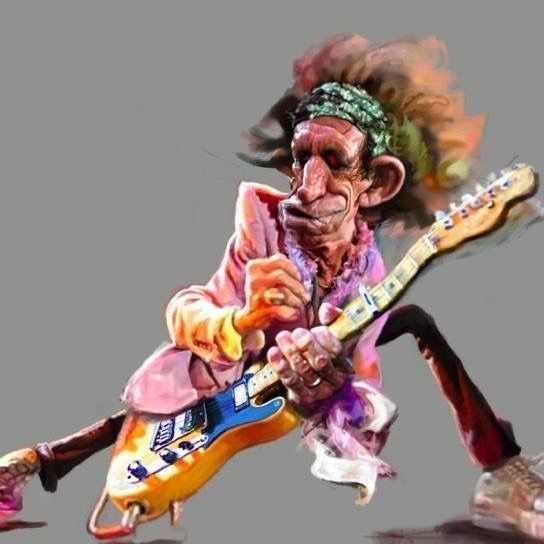 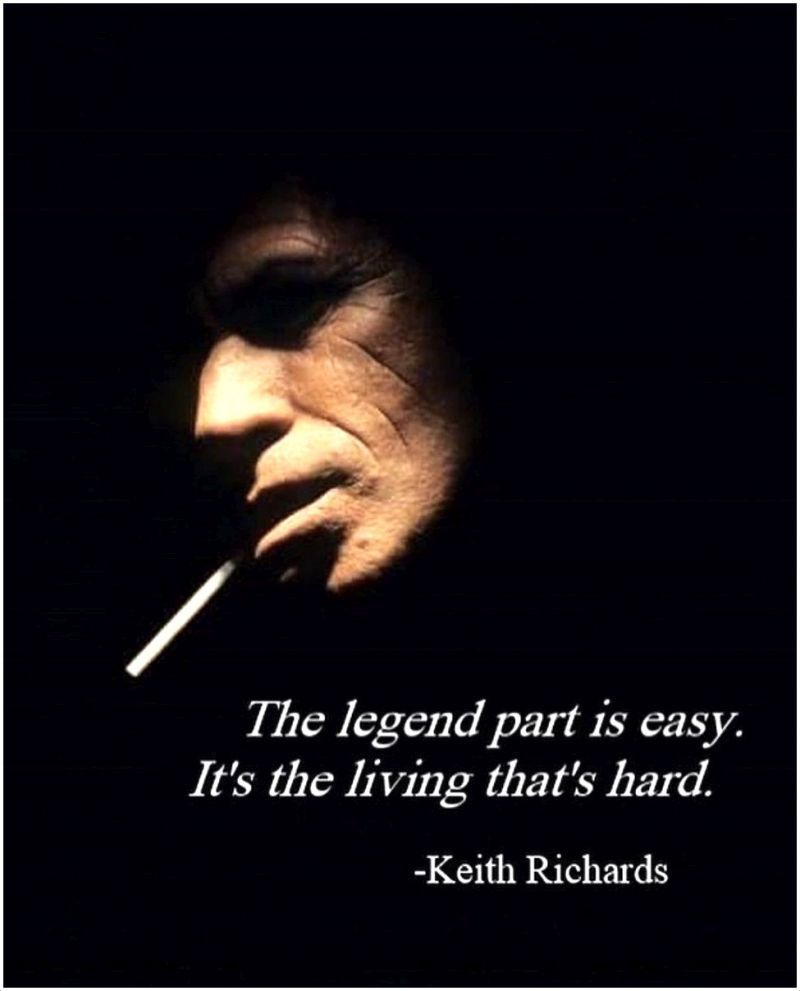 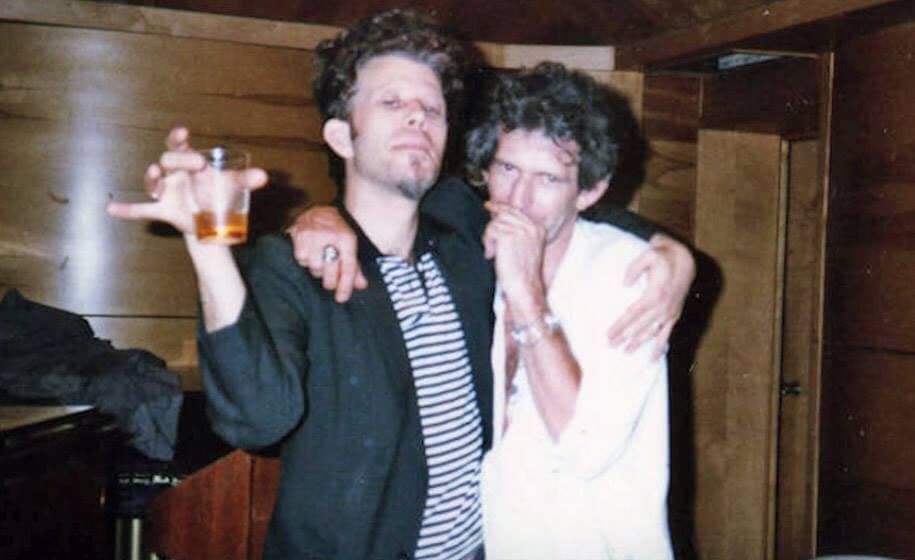 Interviewer : You appreciate people that can combine that animal instinct with intellectual control. Keith Richards seems like that.

Tom Waits : He is, he's the best. He's like a tree frog. When he plays he looks like he's been dangled from a wire that comes up through the back of his neck, and he can lean at a forty five degree angle and not fall over. You think he has special shoes. But maybe it's the music that's keeping him up. 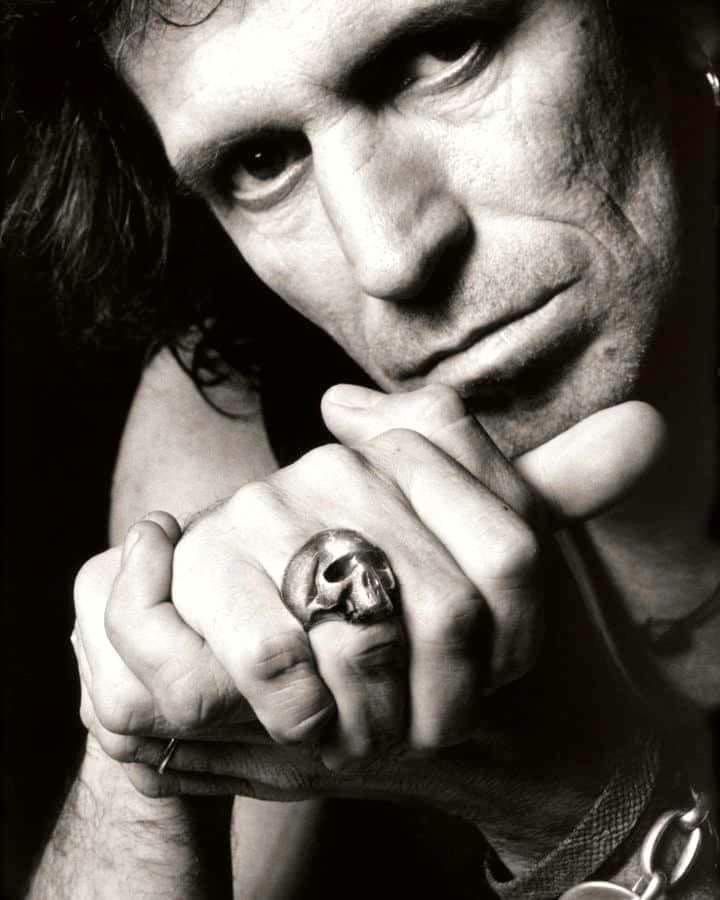 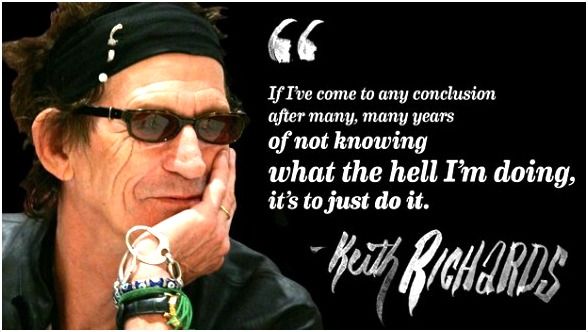 1. He Fell Out Of A Tree And Wound Up With A Blood Clot

In 2006, after swimming with bandmate Ronnie Wood off a private island in Fiji, Keith climbed a tree and perched himself in it, seven feet off the ground. When he jumped off, he knocked his head on the trunk. Days later, he had a blinding headache and suffered two seizures. The rocker had to be flown four hours to New Zealand where a neurosurgeon operated on him to fix a blood clot in his brain. Keith was back on stage six weeks later.

2. He Refused To Take The Stage Until He Had Shepherd’s Pie

During the Stones’ 1989 Steel Wheels Tour, Keith heard there was a shepherd’s pie at the venue and he was very excited to eat it. However, he arrived late and others took some of the food. Upset, he refused to go on stage until another pie was made for him. Keith wrote how people learned from the incident saying, “It’s now famous, my rule on the road. Nobody touches the shepherd’s pie til I’ve been in there. Don’t bust my crust, baby.”

3. He Was Kicked Out Of The Boy Scouts

During his teenage years, Keith was actually a Boy Scout, but he was kicked out for his bad behavior. He smuggled whiskey into events, fought with other scouts and punched out a recruit. He broke a bone in his hand during one fight when he tried to hit a guy but instead hit a tent pole.

In the 70s, Keith smoked some dope that, unbeknownst to him, was laced with the poison strychnine. He told New Music Express, “I was totally comatose but I was totally awake. I could listen to everyone, and they were like, ‘He’s dead, he’s dead!’ waving their fingers and pushing me about, and I was thinking, ‘I’m not dead!’”

5. He Almost Set The Playboy Mansion On Fire

Before the Playboy Mansion was in LA, it was in Chicago, and when the Stones played in the city in 1972, Keith was invited to Hugh Hefner’s fabled home. While there, Richards did some drugs in a bathroom and somehow started a fire. It got smoky and soon after, there were men bringing buckets of water to douse whatever Keith set ablaze. Thankfully, they were able to save the house.

6. He Went Nine Days Without Sleeping

While working on 1978’s Some Girls, Keith spent five days straight in the studio without sleeping. It’s an impressive feat but not even close to his longest period of no sleep. That was nine days long and it ended poorly. Richards eventually fell asleep standing up and woke up in a pool of blood, having hit his head as his body collapsed in exhaustion.

In the late 90s, Keith was at his home library, standing on a chair to reach for a book about Leonardo da Vinci’s study of anatomy when he slipped. As he fell, he brought down large books that dropped on top of him, breaking three of his ribs. The injury caused the band to postpone a tour. Keith said of the incident, “It was one of those moments where you have to make a decision: take it in the ribs or take a shot in the temple on the desk. All part of life’s rich pageant.”

8. He Was Punched In The Face By Chuck Berry

Keith learned the hard way never to touch Chuck Berry’s guitar. Richards was hanging out in the legendary rocker’s dressing room and Chuck left. Keith saw Berry’s guitar and decided to pick it up and strum a chord. Chuck returned screaming that nobody touches his guitar, then he punched Keith in the face.

9. He Jumped Out Of A Window From A Burning House

While renting a house in LA in the late 70s, Richards fell asleep after accidentally setting fire to a room in the home. It spread and his girlfriend at the time woke him and told him the house was on fire. They jumped out of a window with Keith wearing just a t-shirt and his girlfriend with nothing on. A friend picked them up and brought them to safety. The next day, they returned to the house, or what was left of it, and found a sign in the blackened front yard grass that read, “Thanks a lot, Keith.”

10. He Snorted His Dad’s Ashes

Keith lost his father in 2002 and found an interesting way to deal with his passing – by snorting him. In 2007, Richards confessed that after his dad was cremated, he took some of the ashes, mixed them with cocaine and snorted the concoction. He told New Music Express, “My dad wouldn’t have cared, he didn’t give a shit.” 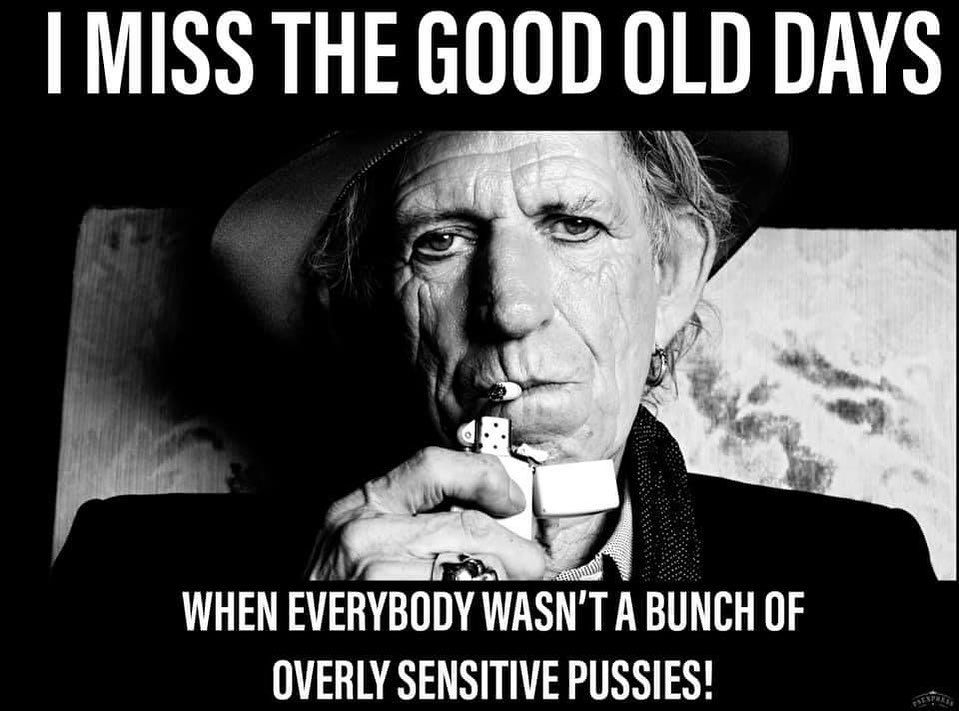 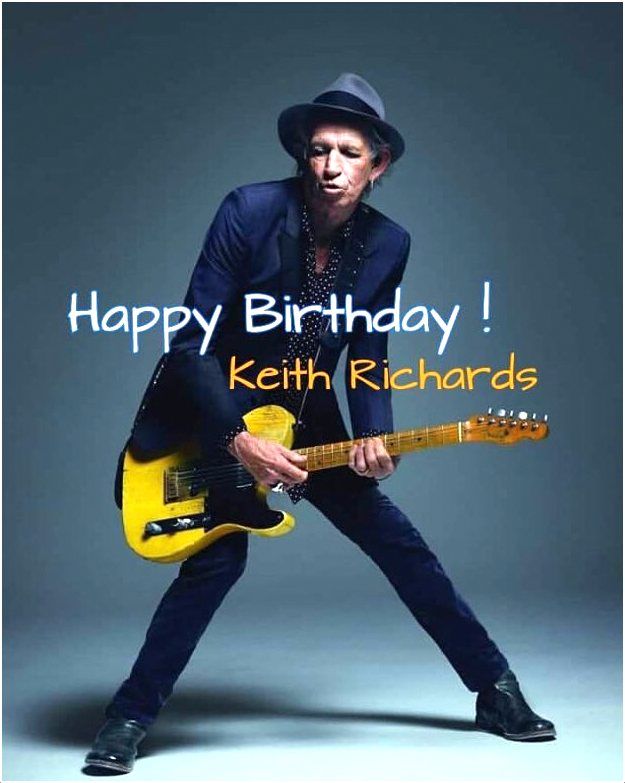 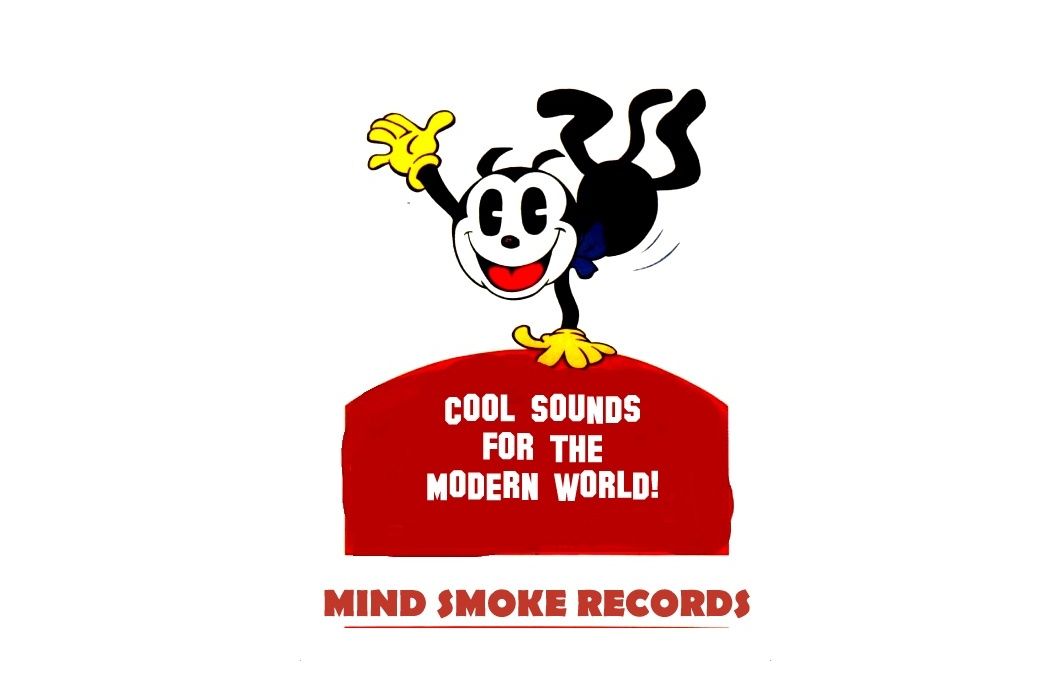 While primarily a blues band, The Hideaways are not interested in rehashing traditional blues styles with religious devotion; nor are they interested in playing the same old noodling guitar hero blues.  When it comes time to make music, The Hideaways show up as themselves; they play what they like and they "do the thing without trying to be the thing."  While acknowledging the strong influences of the blues artists they love, they channel elements of old R&B, country, rockabilly, instrumental surf and jazz which infiltrates their sound; all the while delivering a rapid-fire performance that has the energy and drive of a live show by the Ramones and The Clash. 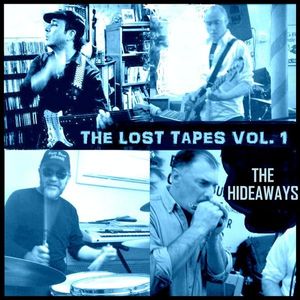 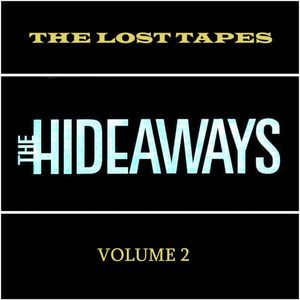 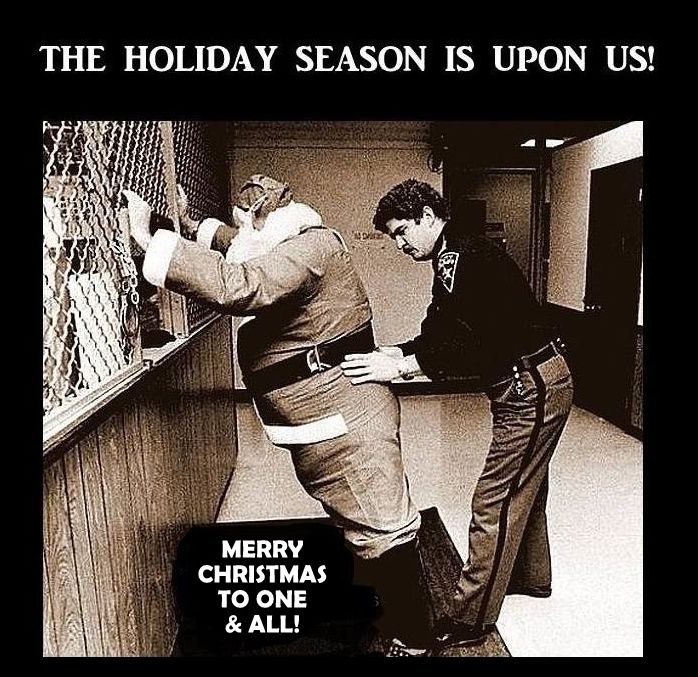