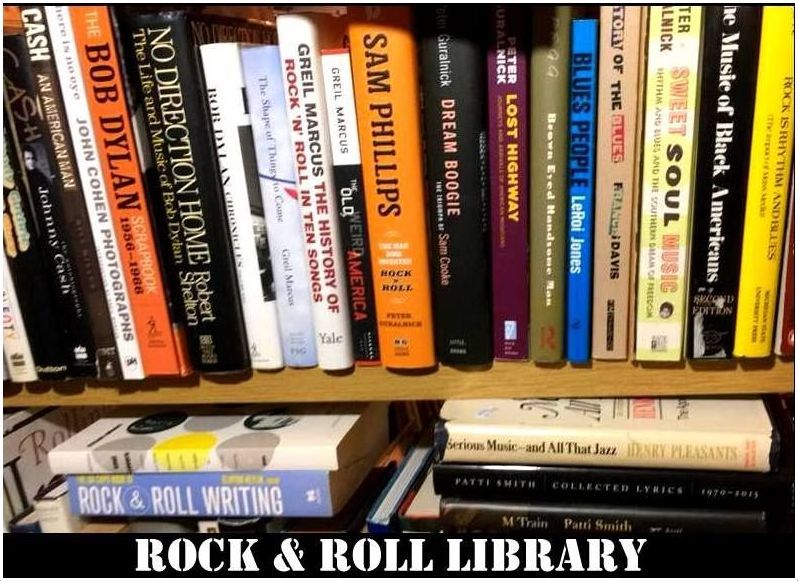 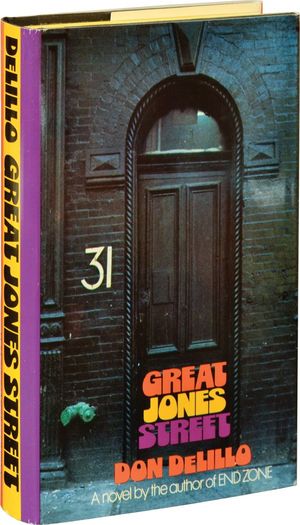 Great Jones Street (Don DiLillo, Penguin Publishing 1973): Don DeLillo's novel about myth & language in rock & roll creates a master satire of Bob Dylan in the form of rock star Bucky Wunderlick who narrates the story here.  Just recently I reread Great Jones Street and realized how brilliant DeLillo was in foretelling the future of how rock & roll, the vagaries of fame and how the rock genre would transform itself into "Classic Rock". 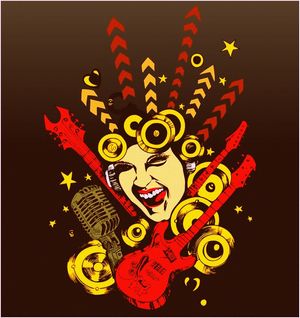 Synopsis:  Bucky Wunderlick, a rock star who is no longer fulfilled with his life of fortune and fame, decides to disappear for awhile by retreating to a bare bones apartment on Great Jones Street in New York city.  As the story unfolds, a member of the Happy Valley Farm commune shows up and presents Bucky with a sample of a new drug that creates a unique impact on the brain centers that process language.  Once it becomes known that Wunderlick has possession of this new drug, he becomes a target of a group of skinheads called the Dog Boys.  DeLillo moves the story along with a host of bizarre characters who live in Wunderlick’s building that include a struggling author and a mother who is ashamed of her disfigured son and keeps him locked in his room after she was unable to sell him to the circus.  There is also the presence of The Mountain Tapes, a Wunderlick album that was never released, which reflects that mystery that surrounded Dylan’s Basement Tapes. 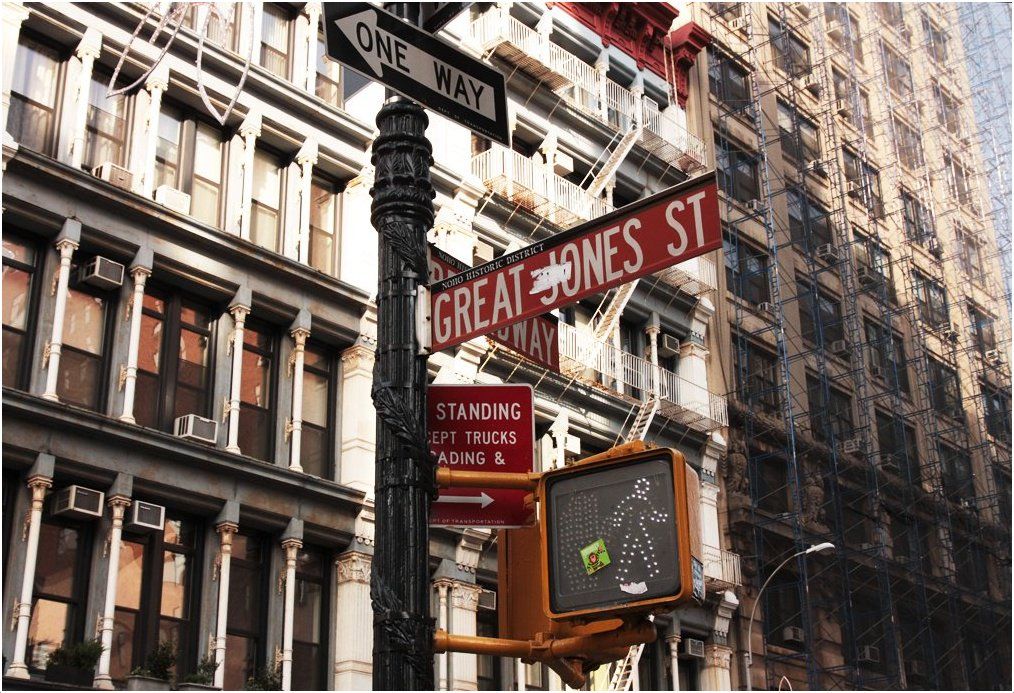 "Great Jones Street explores the nature of fame and how it doesn’t exist for its own sake. Bucky is (or was) a passionate musician. Although he initially enjoyed his power over large crowds, his fame made him so powerful that he lost control over it. Whatever he did or say, it would only be interpreted in a way that would make him more beloved and famous. Fame is a double edged sword is you’re not self-conscious of it and in control of your public persona. It’s still difficult to understand today, but it’s better explained through a 260 pages novel than anywhere else I’ve seen. If you want a real world example, it’s what happened to Kurt Cobain. He would spit in cameras and show his dick on scene out of spite and would only be called a genius for it. Cobain was a passionate musician like Bucky, who was only interested in making music. But he was so good and groundbreaking at it that his success came with a structure he didn’t want and definitely wasn’t ready to handle. Real rock n’ roll artists are broken kids looking to express their anger and the inner workings of celebrity are kind of counter-intuitive to their desires.  celebrity is a more important and scrutinized social phenomenon today than it ever was. It doesn’t matter that we worship rock gods or people who live an idealized life on Instagram. We’ve always worshiped and we always will. But we still don’t understand the schism between humans and icons we create by doing so. A novel like Great Jones Street brings us a little closer to the truth and that’s why it deserves immortality." (Dead End Follies website) 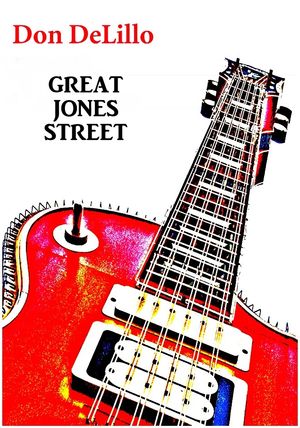 "In 1979, when asked about how he came to write about a rock star, DeLillo said: 'It's a game at the far edge. It's an extreme situation. I think rock is a music of loneliness and isolation.... A man with a half-shattered mind, alone in a rented room. Noise, electricity, excess, Vietnam--all these things are tied together in Great Jones Street, and a certain tension is drawn out of the hero's silence, his withdrawal. Bucky Wunderlick's music moves from political involvement to extreme self-awareness to childlike babbling. Certainly there is very little about rock music in Great Jones Street, although the hero is a musician. The interesting thing about that particular character is that he seems to be at a crossroad between murder and suicide. For me, that defines the period between 1965 and 1975, say, and I thought it was best exemplified in a rock-music star.'" (Percival.com)

"The grander themes touch on the nature of art, particularly the producing of writing and lyrics – some of Bucky’s lyrics are transcribed (which, as many have noted, don’t come across very well on the printed page), and there is a foil character called Fenig in the same building who experiences writer’s block in between bouts of prolific (not to mention profane) writing activity.  But there is also a “regression of discourse” whose facets match Bucky’s seclusion.  Fame and celebrity are similarly examined; DeLillo plays skillfully with the opposites of silence and obscurity. There are comedic elements: Bucky’s manager Globke, caricature-like and grotesque like many of the other characters, is awkwardly and excessively portrayed, and is just one of many odd and blackly funny elements to the book.  There isn’t initially too much of a plot, but the novel accelerates and lurches to a nightmarish, sickening conclusion – which DeLillo softens a little in the final chapter...DeLillo’s visions are uncompromising and occasionally brutal; by contrast his prose is often surprising and can take your breath away with its beauty.  The two have to come together well to form a satisfying work." (Literary Fruit website) 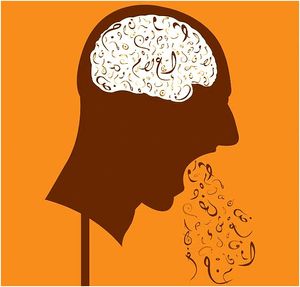 "...while few critics have noted DeLillo's fascination with the brain, the science of mind emerges for the first time in Great Jones Street as a way of outlining a calculus of human behavior. In this book, DeLillo makes his knowledge of localization theory explicit when he specifies that the drug at the center of the novel only acts on 'the left sector of the brain, the Language sector' But the importance of the brain to Great Jones Street is fundamental, rather than simply topical—and rather than just providing plot details, it subtly underwrites the book's psychological investigations, literary strategies, and overall architecture. To appreciate how neuroscientific research controls and shapes this novel, however, it's necessary to identify some of the scientific intertexts that enrich the texture of DeLillo's novel." (Project Muse) 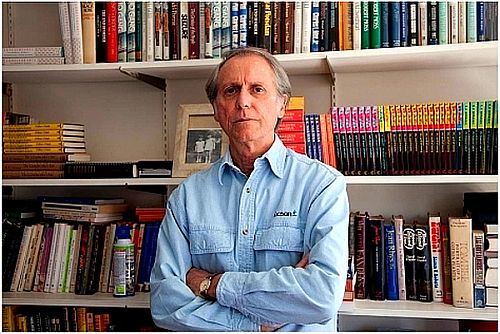 “Interviewer: Do you have any idea what made you a writer?  Don DeLillo: I have an idea but I’m not sure I believe it. Maybe I wanted to learn how to think. Writing is a concentrated form of thinking. I don’t know what I think about certain subjects, even today, until I sit down and try to write about them. Maybe I wanted to find more rigorous ways of thinking. We’re talking now about the earliest writing I did and about the power of language to counteract the wallow of late adolescence, to define things, define muddled experience in economical ways. Let’s not forget that writing is convenient. It requires the simplest tools. A young writer sees that with words and sentences on a piece of paper that costs less than a penny he can place himself more clearly in the world. Words on a page, that’s all it takes to help him separate himself from the forces around him, streets and people and pressures and feelings. He learns to think about these things, to ride his own sentences into new perceptions. How much of this did I feel at the time? Maybe just an inkling, an instinct. Writing was mainly an unnameable urge, an urge partly propelled by the writers I was reading at the time.”  (Paris Review) 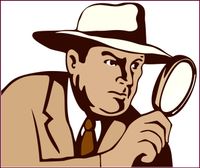 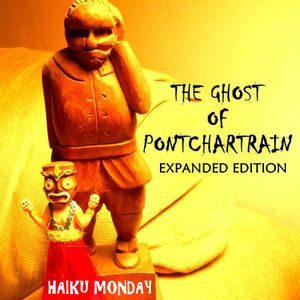