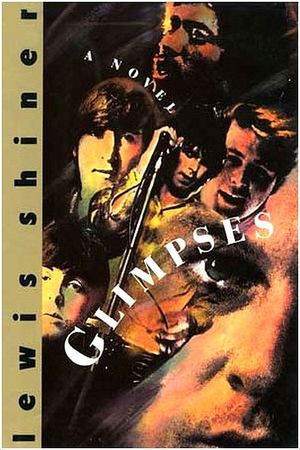 When I first read this Lewis Shiner novel 12 years ago, I was impressed by Shiner's ability to capture a certain sensibility that existed in the pre-corporate rock & roll era.  Back then, it seemed like it was all about the music & nothing but the music.  Yeah, I know rock (or pop) music was big business back then but it was also a simpler time.  (note that I did not say "a more innocent time", eh?)  As time went on, I began to consider Glimpses by Lewis Shiner (William Morrow & Company, 1993), to be one of the best fictional books about rock & roll bar none.

It's a rock & roll time travel novel that tells the story of Ray Shakleford (a tv/radio repairman) who is trying to figure his life out after the recent death of his father.  Suddenly, ol' Ray begins to hear music in his head that is (ahem!) unfinished and unreleased recordings by The Beatles, The Doors, Brian Wilson and Jimi Hendrix.  The story goes on as he manages to transcribe these recordings to tape and get them released by maverick record producer, Graham Hudson.  The unfinished nature of these classic rock & roll recordings becomes a metaphor of sorts for all of the turmoil in Ray's life.

What Ray Shackleford goes through in this book reminds me of the role rock & roll songs have played in my own life over the years.  There always seems to be a song that captures my mood or situation perfectly and, being a responsible bohemian, I will play the shit out of the song as its lyrics and images burn themselves permanently onto my brain-pan.  It's a way of making the music part of my life.  Every song has a memory attached to it or as Rod Stewart (when he was good -- otherwise known as the "Pre-Spandex Pants" Period) used to sing, "Every Picture tells a story, don't it?"  In the telling of Ray's story, Lewis Shiner reflects the mythic nature of the music from a bygone era and yet, at the same time, he reminds us that we are creating our own myths with the music we listen to every day of our lives.

"Can the 60's cure the 90's? That's what Texas stereo repairman Ray Shackleford struggles to prove in this strenuous fantasy of rock- and-roll hits that never were. Shortly after his unloving father drowns in Cozumel, Ray starts to imagine he's hearing impossible songtracks that he's able to record directly from his head. He takes his tape of the Beatles' never- recorded hit ``The Long and Winding Road'' to L.A. producer Graham Hudson, who's already remastered three volumes of Glimpses from rock's legendary past, and Graham persuades him to go after bigger game. So Ray travels back in time, changing history enough so that Jim Morrison can record Celebration of the Lizard and Brian Wilson can persist in his breakthrough album Smile. There's money to be made here, of course, but what Ray and Graham really want is to save the world by recalling the aging rock audience to its ardent roots. (Maybe a little too ardent, as when Ray wonders, `Was it that way for everybody, music and sex and politics and love all inextricably part of each other, or is it just me?') Trying to come to terms with his hated father's death, Ray takes time out to retrace his steps in Cozumel, attempting to re-create his own experience of the 60's more directly in 1989, but his romance with a diving instructor seems to open wide the rift in his ten-year marriage without giving him a satisfactory alternative, and he ends up repeating his father's experience instead of accepting it. So it's back to the past for one last try--with a Jimi Hendrix album that Ray hopes can keep the 60's from ending. As you'd expect from versatile fantasist Shiner (Slam, 1990, etc.), Ray's attempts to keep the faith by resurrecting Jimi and laying his own father to rest are powerfully affecting. Much more than yuppie reunions like The Big Chill, this captures a generation's sweet, desperate yearning for the 60's--though it ends up as authentically woolly as the period."  (Kirkus Reviews)

"Glimpses is a book that invites contemplation—of the tragic ways that many of the greatest musicians of our times have destroyed themselves; of the unpredictable patterns of growth in individuals, art, and society; of time and causality itself. Shiner grants nearly every character here some moment of wisdom, some clarity of expression, so that each can express his or her own truth. That he manages to do so without being obvious about it, that he can convey all these points of view while keeping a complexly plotted novel going, is a marvel of writing ability. In thematic grandeur, vividness, and sheer audacity, Glimpses stands with G.K. Chesterton's The Man Who Was Thursday, and other outstanding works of magical realism... Lewis Shiner couldn't have written this book without a deeply felt sense of the fragility of art, of how many great works have passed into the ages never to enlighten, inform, or entertain new generations. Though the masterworks he conjures up in such exquisite detail are lost to us, we now have a bit of compensation for their absence: a masterpiece of the imagination called Glimpses." (LA Reader) 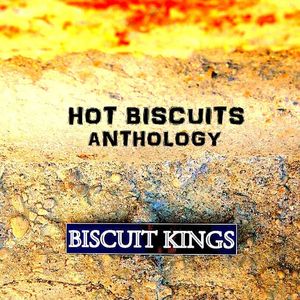 
BACK TO ALL POSTS