It Happened in the 60's: Rock & Roll on Network TV

Sweet Fancy Moses!  As strange as it sounds now, there once was a time back in the 1960’s when many popular rock bands of the day appeared on prime-time network television shows!  With the advent of The Beatles and other British Invasion bands, the teen culture's addiction to rock & pop music seemed to infect every facet of society; from haircuts, clothes, language and (gasp!) television viewing habits. 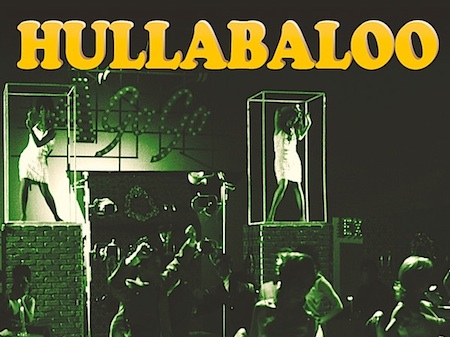 While many of the musical artists of the day appeared on such shows as American Bandstand, Where The Action Is, Hullabaloo and Shindig;  every once in awhile rock & roll fans would be caught off guard when one of their favorites appeared on either a drama or a comedy sitcom!  In today's world there are still a host of music shows where one can catch the latest hot acts on the popular music scene but I'd be hard pressed to find examples of the type of cross promotions that existed within the unholy alliance of network television and rock & roll back in the sixties. 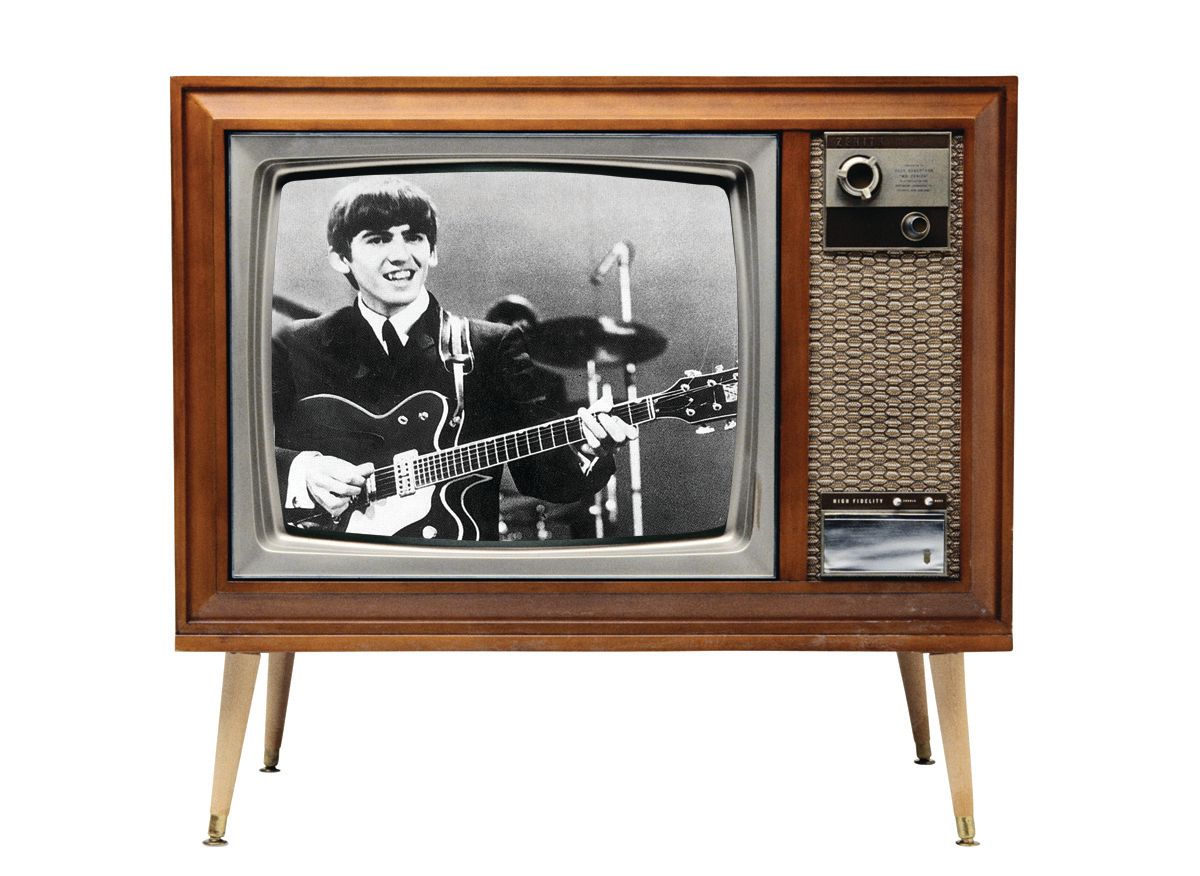 Here's some of the unusual cameo appearances by some rock & rollers on the middle-of-the-road Network television programs from back in the day! 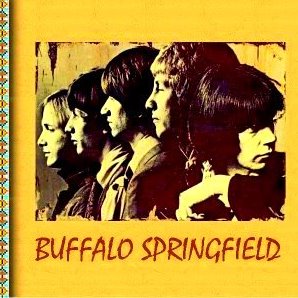 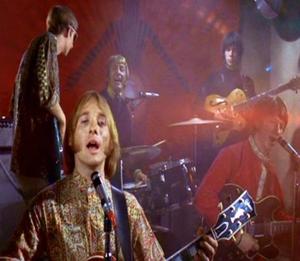 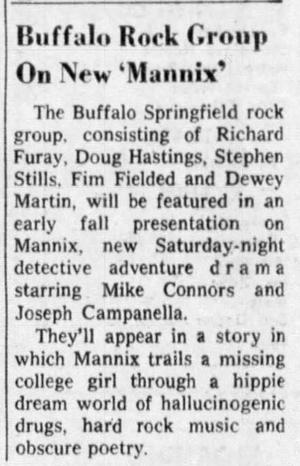 In 1967, the BUFFALO SPRINGFIELD appeared on the MANNIX detective series 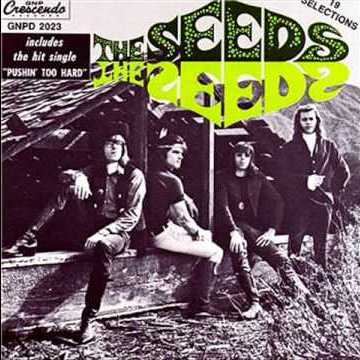 IN 1967, THE SEEDS appeared on the sitcom, MOTHERS-IN-LAW

in an episode titled How Not To Manage A Rock Group 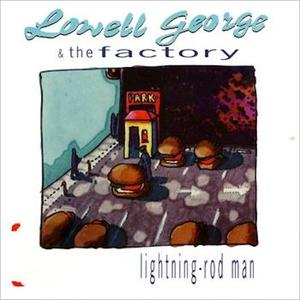 In 1967, THE FACTORY (featuring a young Lowell George of Little Feat)

appeared on the sitcom, F-TROOP in an episode titled That's Showbiz 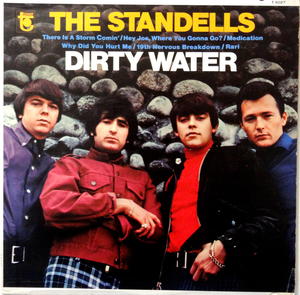 In 1965, THE STANDELLS appeared on the medical drama, BEN CASEY

In 1965, THE STANDELLS also appeared on the popular sitcom, THE MUNSTERS

in an episode titled Far Out Munsters 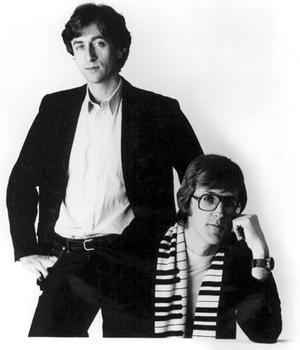 In 1965, CHAD & JEREMY appeared on the sitcom, THE PATTY DUKE SHOW

in an episode titled The Redcoats Are Coming 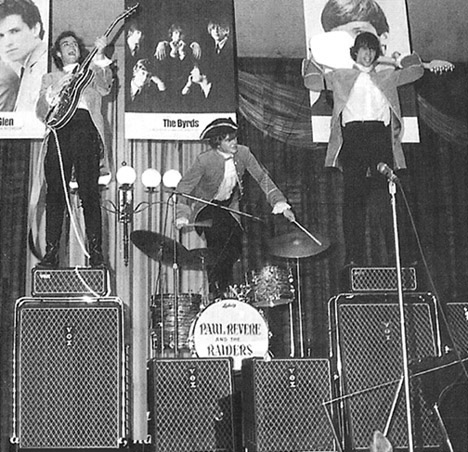 In 1966, PAUL REVERE & THE RAIDERS appeared on the pop culture tv series, BATMAN

in an episode titled Hizzoner The Penguin 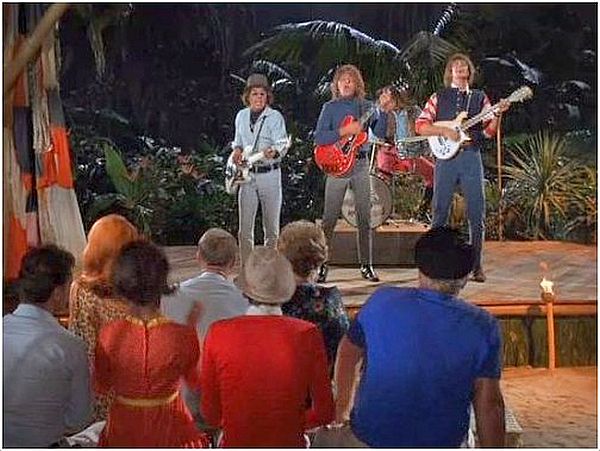 In 1965, The Wellingtons, an actual rock combo that performed on "Shindig" and "Hollywood Palace" from time to time, appeared on an episode of (gasp!) Gilligan's Island as The Mosquitoes!

Here's the riveting synopsis of the episode from the Fandom Site: "The Skipper wakes one morning to the sound of Gilligan playing rock-and-roll music from the Radio. He tosses him out of the hut to get some rest, but now the noise bothers Mr. Howell, who wakes and angrily helps the Skipper search for Gilligan with the radio. When they find it, they scream at Gilligan to shut the radio off, but once off, they still hear loud music from the jungle. They quickly discover that the rock-band, the Mosquitoes, have come to the island to escape their fans and relax in peace and quiet. The castaways get ready to leave with them, but after a short free concert, they discover that the Mosquitoes aren't leaving for a month. In a hurry to leave the island, they decide to speed up the Mosquitoes by making life so stressful for them that Bingo, their leader, announces they're leaving tomorrow. However, the next morning the Castaways discover that they have instead moved to the other side of the island, announcing that they are now staying for two months. In order to be sure the Mosquitoes won't leave without them, Gilligan, the Skipper, Mr. Howell, and the Professor make their own band, the Gnats, but their act and style is terrible. Ginger, Mary Ann, and Mrs. Howell in turn make a band of their own, the Honeybees, in hope that the Mosquitoes will like it. However, the plan backfires, and the Mosquitoes leave without them in the helicopter that comes with provisions, leaving behind a note that they have enough competition. They leave behind a copy of their album, "The Mosquitoes at Carnegie Hall," to Gilligan so there's no hard feelings. Meanwhile, the Skipper and Mr. Howell are annoyed that their plan to get rescued didn't work. Gilligan, however, is more annoyed that the Mosquitos didn't autograph the album. The Skipper responds by hitting him with his cap while Mr. Howell swats him with his teddy bear. For the next few days, however, the women commiserate that the men are still trying to imitate the Mosquitoes or at least improve their act, which leaves Ginger hoping they never get rescued for the welfare of everyone else." 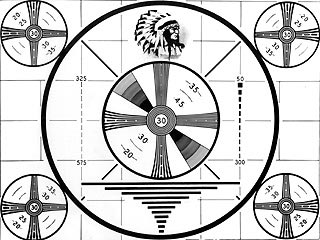 What Some Folks Were Saying Back in the 60’s 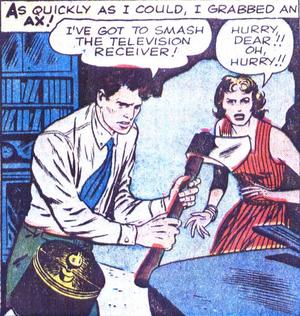 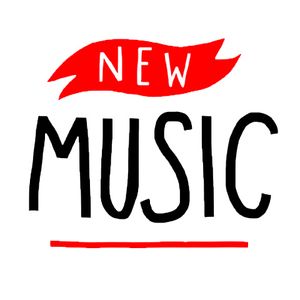 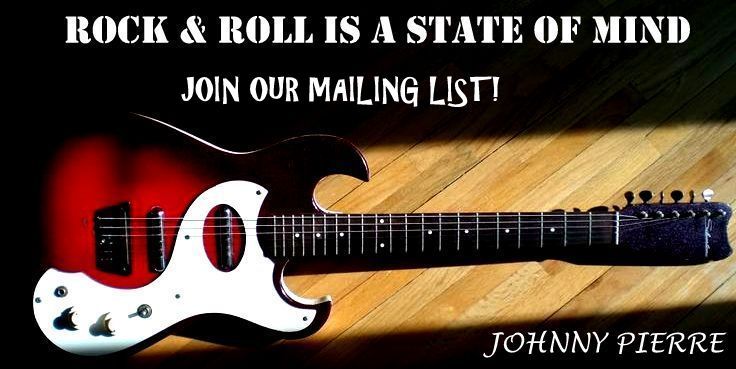