The Beatles: Something Cool To Read This Week! 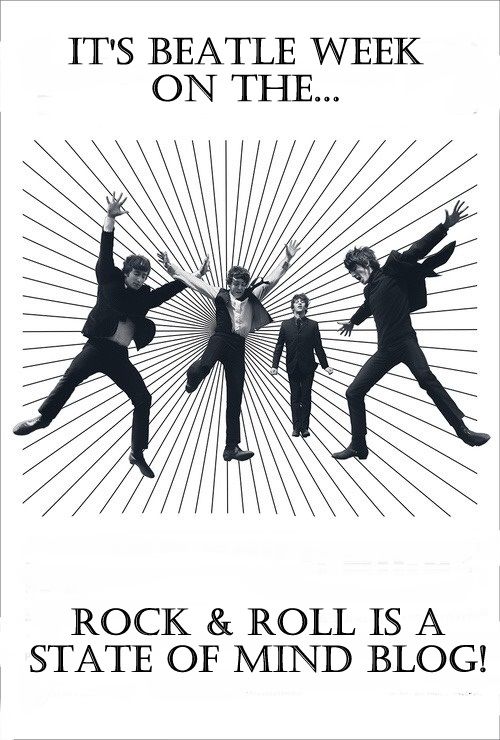 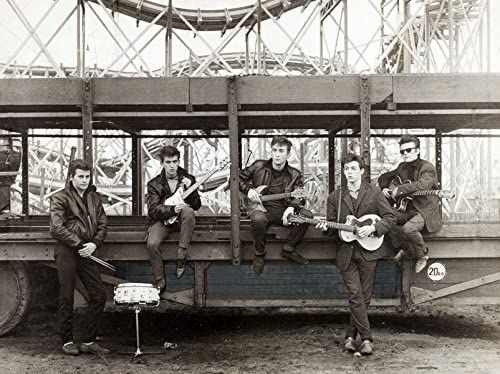 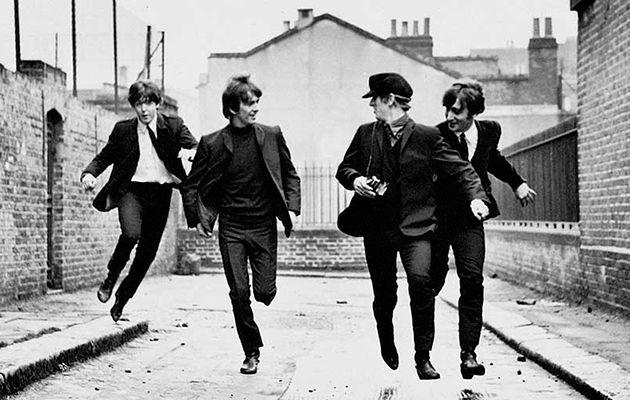 Worried that no-one would understand their Liverpool accents in 1964 film ‘A Hard Day’s Night’, US music execs considered dubbing them over with American actors. McCartney harrumphed: “We can understand a fucking cowboy talking Texan!” 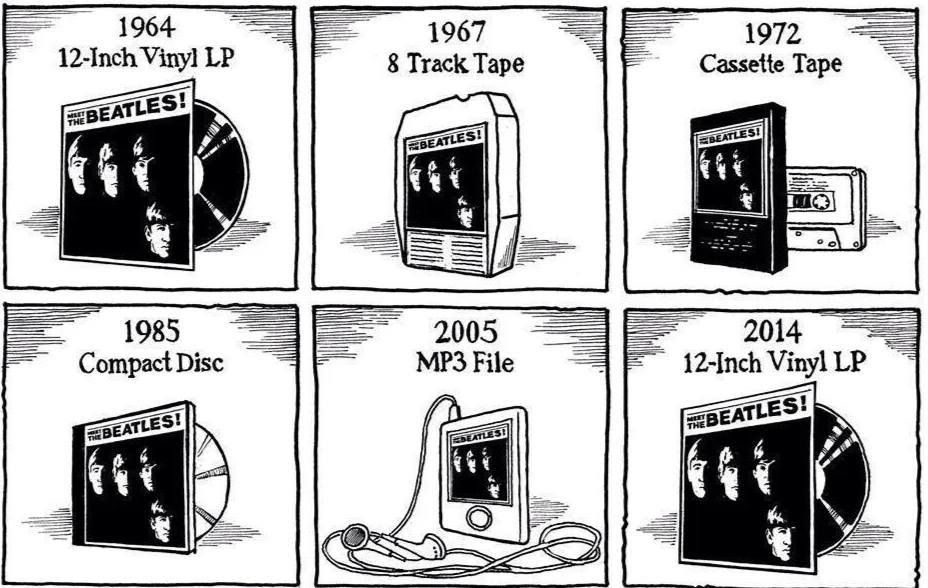 Lennon and McCartney once started work on a play called ‘Pilchard’, about a bloke who thought he was God, but never finished it. 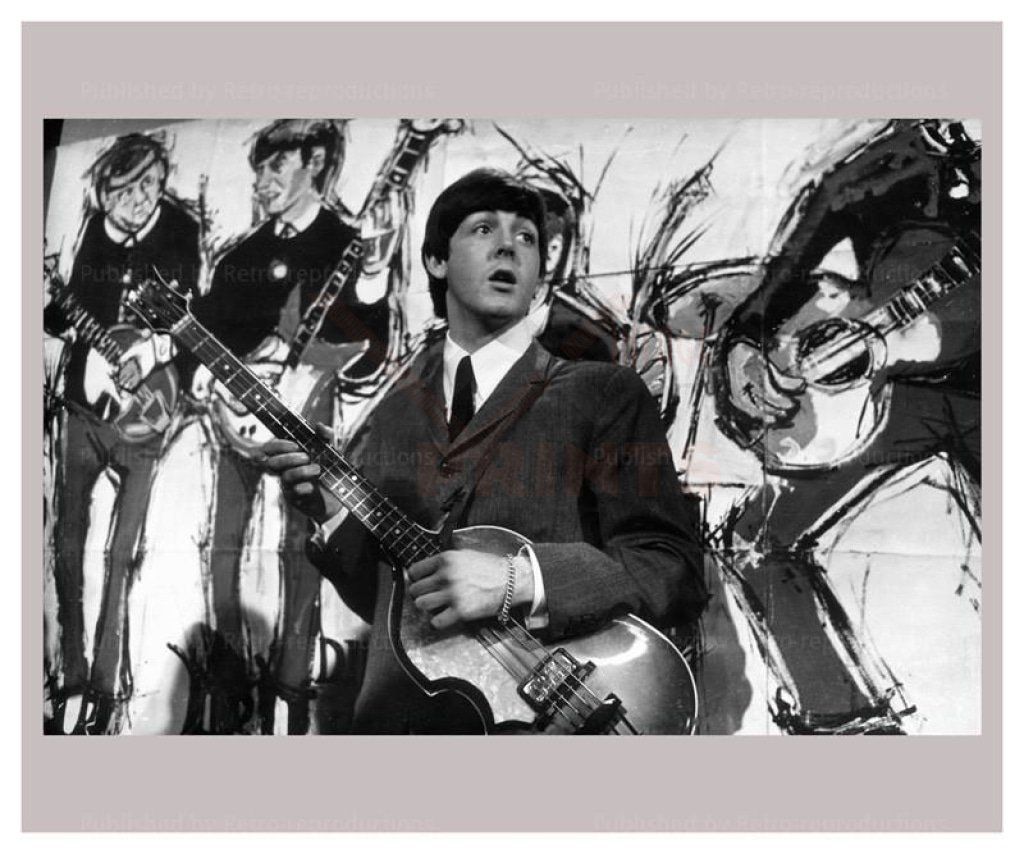 Paul, a Catholic, was inspired to write ‘Maxwell’s Silver Hammer’ by the Vatican ritual where a cardinal bangs the late pope on the forehead five times with a silver hammer to make sure that he is dead. 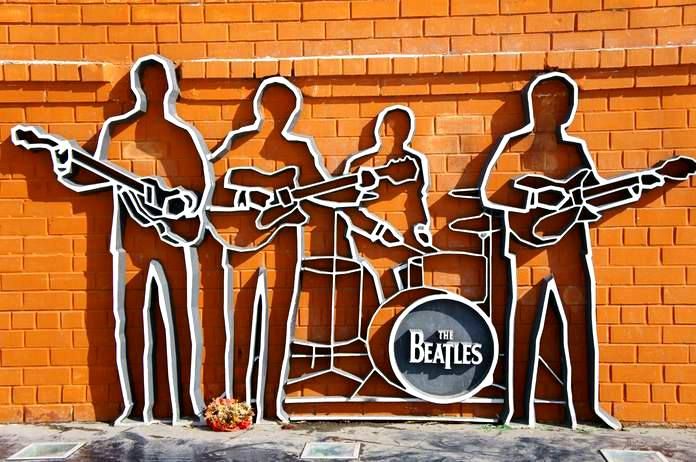 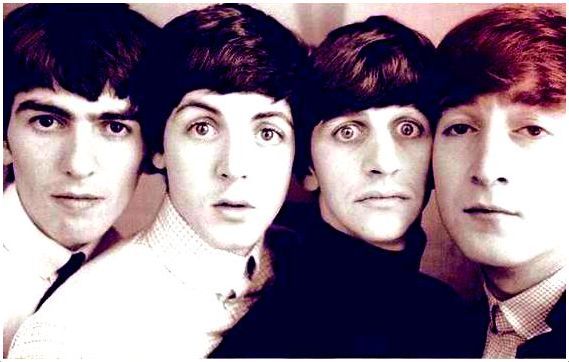 ‘Stuck Inside Of Lexicon With The Roget’s Thesaurus Blues’. 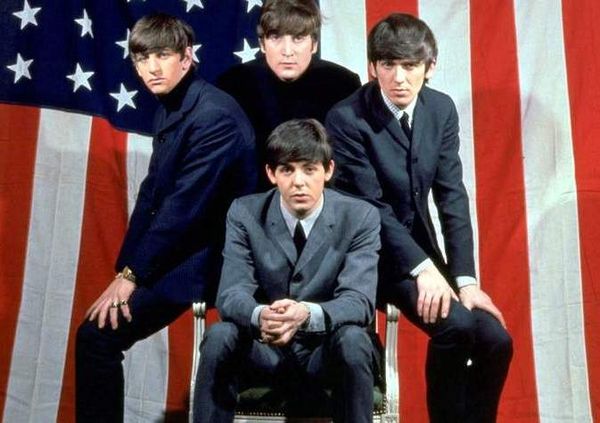 "At Kennedy International Airport in New York on February 7, 1964...a thousand screaming teenagers were trying to wriggle toward a think line of nylon rope that had been stretched across the terminal building lobby...Three thousand more were screaming from behind bulging metal railings atop the roof, where they were the guests of New York disc jockeys, who had invited them to take the day off from school...Disc jockeys equipped with tape recorders were pointing cylindrical microphones at the mob.  Flashbulbs exploded.  From the back of the lobby came word that two girls had fainted....the excitement was due to the appearance of a rock & roll group known as The Beatles.  Their plane had just landed.

Amid a fanfare of screeches, there emerged four young Britons in Edwardian four-button suits.  One was short and thick-lipped.  Another was handsome and peach-fuzzed.  A third had a heavy face and the hint of buck teeth.  On the fourth, the remnants of adolescent pimples were noticeable.  Their names were Ringo Starr, Paul McCartney, John Lennon and George Harrison, but they were otherwise indistinguishable beneath their manes of moplike hair.

After they were ushered into the floodlit uproar of the pressroom the first question from the American press was, 'Do you believe in lunacy?'  'Yeah,' answered one of the Beatles, 'it's healthy.'  Another reported asked, 'Would you please sing something?'  'No,' replied another Beatle, 'we need money first.'  Still another reported asked, 'Do you hope to take anything home with you?'  'Yeah,' a Beatle replied, 'Rockefeller Center.'  At first, few of the reporters could remember which Beatle was which.  But by the end of their two-week visit to America, each of them had become a distinct personality.  Each of them, in fact, had become a star...These are the Beatles -- the four young men who brought with them to America a phenomenon known as Beatlemania...So far, Beatlemania has travelled over two continents.  In Stockholm, the arrival of the Beatles was greeted with teenage riots.  In Paris, the Olympia Theater was sold out for three weeks.  In the Beatles native Liverpool, sixty youngsters collapsed from exposure after standing all night in a mile-long line of 12,000 waiting fo buy tickets to the Beatles' performance.

After leaving the thousands of fans who greeted the Beatles at Kennedy Airport, many thousands more waited for them at New York's Plaza Hotel.  Outside the hotel, stacked up against barricades, the mob chanted, 'We want the Beatles!  We want the Beatles!'  According to one hotel maid, the Beatles found three girls hiding in their bathtub.  Dozens of others climbed the fire exit to the twelfth-floor wing in which the Beatle entourage had been ensconced.  Still others, with the names and pocket-books of prominent families, checked in at the hotel and tried to get to the Beatles via the elevators...each time the Beatles left the hotel, the mobs would break through police lines in a jumble of lost shoes, falling girls, and Beatle sweat shirts.  The Beatles, meanwhile, spent their time watching TV, dining at the 21 Club, sightseeing from their car, twisting at the Peppermint Lounge, and flirting with waitresses.

The remainder of the Beatles' tour of America was more of the same.  In Washington, to which the Beatles travelled aboard a private railroad car called the 'King George,' 2,000 teenage fans mobbed the locked metal gates of Union Station.  At their concert in the Coliseum that night the Beatles were showered with flash-bulbs, hair rollers, caramels, and jelly beans, in some instances a bagful at a time...When they flew to Miami, they were greeted at the airport by a chimpanzee, four bathing beauties, a four-mile long traffic jam, and 7,000 teenagers, who shattered twenty-three windows and a plate-glass door.

After their American tour, the Beatles flew back to England to make their first movie.  When they stopped off at Kennedy Airport to change planes for London, they again found several thousand teenage fans screaming from the observation roof, after waiting there for hours.  Four girls collapsed.  When it was all over, America relaxed again." 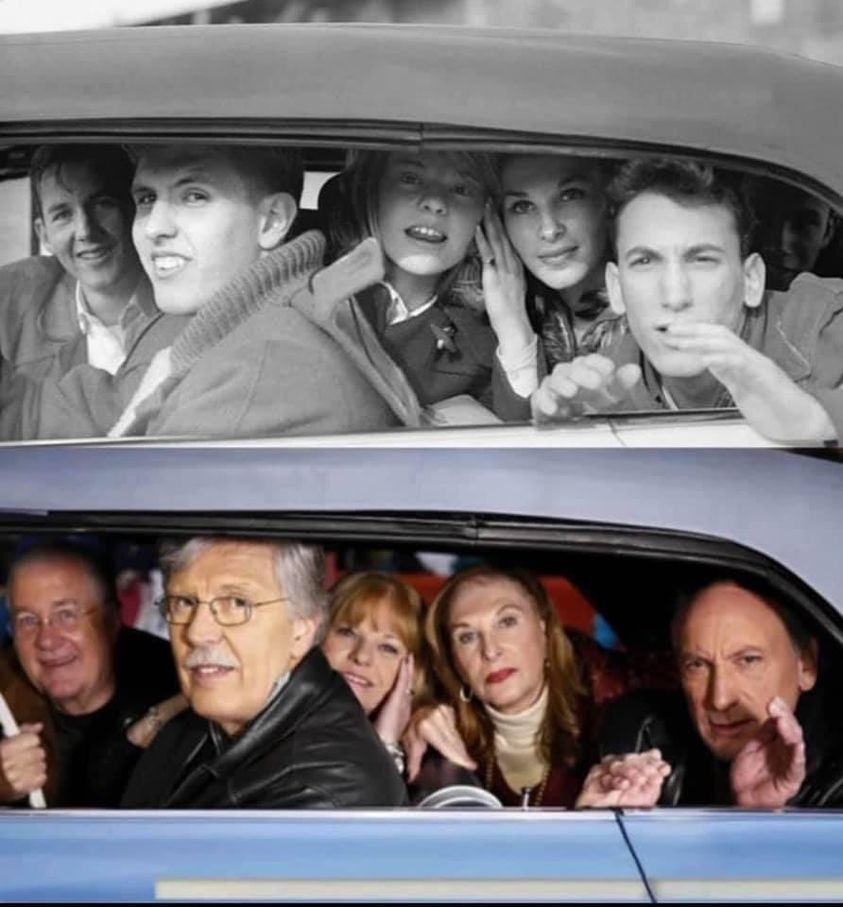 In 1964 Ringo Starr snapped a photo of some high school students who had skipped class to see the Beatles during their first trip to the US. 50 years later, the group reunited and recreated the photo. 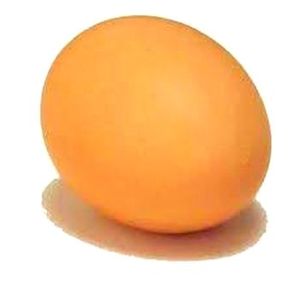 The line “I am the eggman” was allegedly inspired by The Animals’ Eric Burdon’s predilection for cracking eggs on his lover's naked behind during lovemaking. 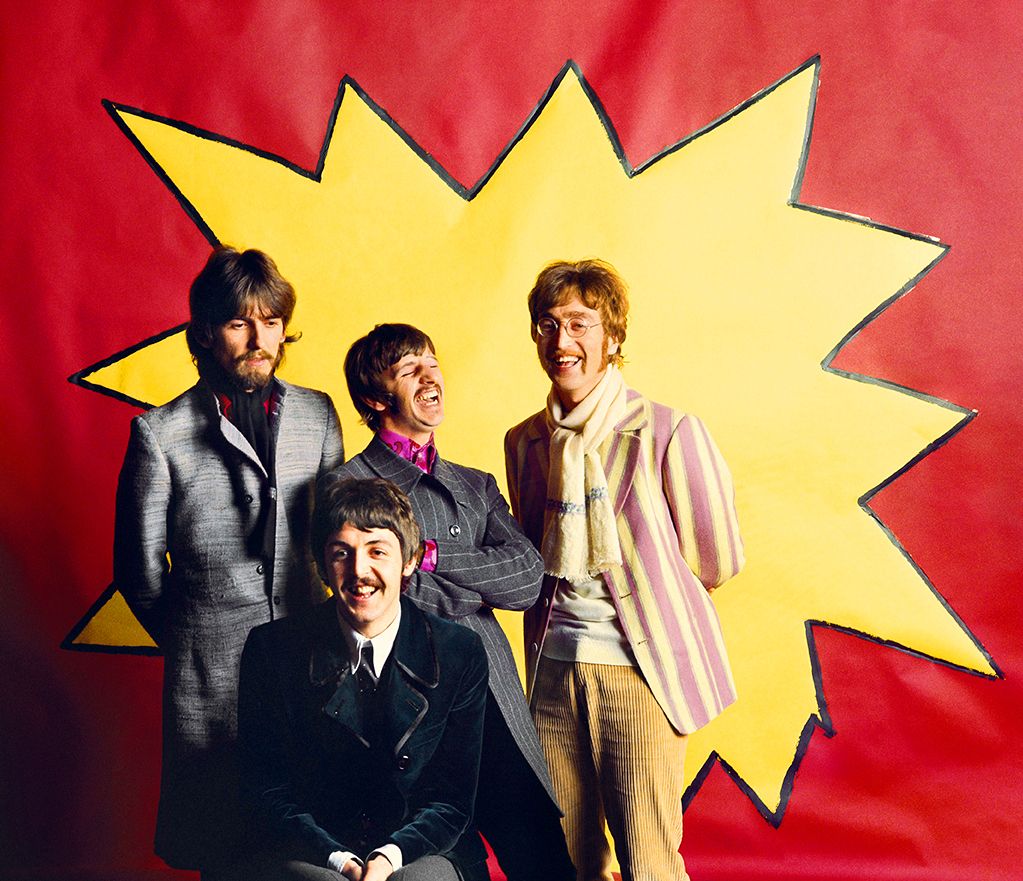 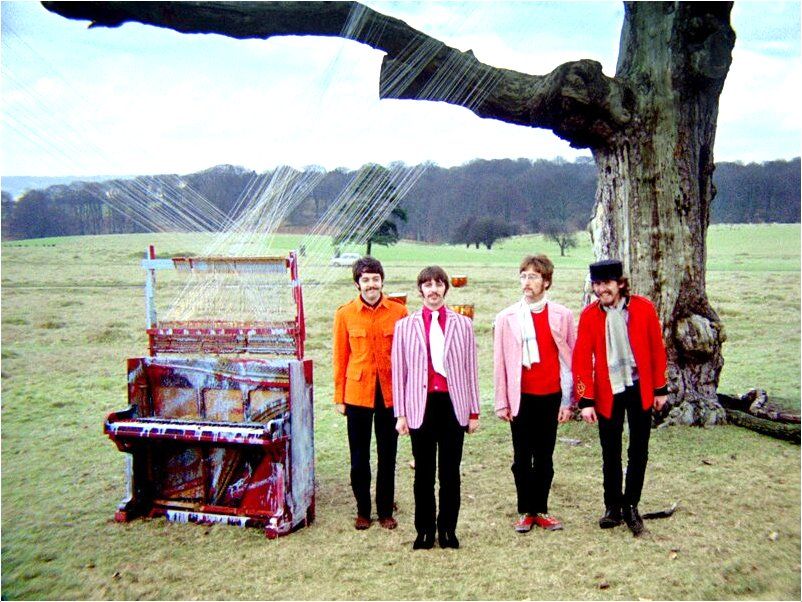 The Beatles were the first group to create promotional film clips to sell their music. 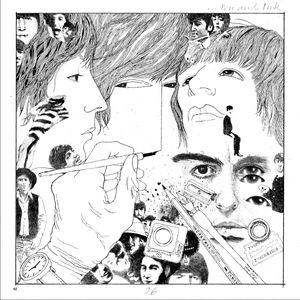 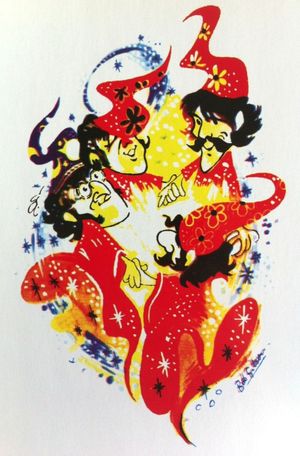 At one point in their career, The Beatles wanted to star in a film version of The Lord of the Rings and wanted Stanley Kubrick to direct it. 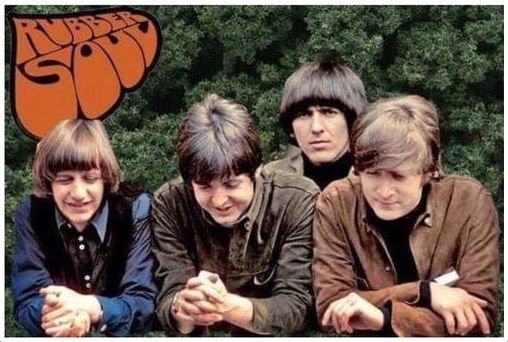 The term ‘Beatlemania’ was invented by Canadian hack Sandy Gardiner, first appearing in the Ottawa Journal, November 1963, to describe “a new disease” sweeping the globe.

According to legend, Beatlemania taking off in the U.S. can be largely attributed to a 15-year-old Marylander named Marsha Albert. After seeing a news segment about the band, Albert called a local radio station in Washington, D.C., and asked, “Why can’t we have music like that here in America?” The DJ then tracked down a copy of “I Want To Hold Your Hand,” and the station playing the record caused demand to skyrocket and other stations to play The Beatles as well. Worth noting: A DJ named Dick Biondi attempted to make The Beatles “happen” by playing them on stations in both Chicago and Los Angeles but the songs didn’t take off in either city. Perhaps that’s in part because Biondi misspelled the band as “B-E-A-T-T-L-E-S.” 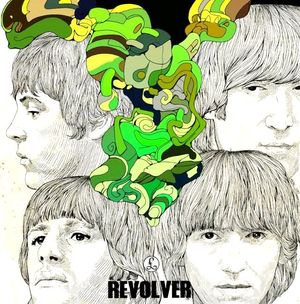 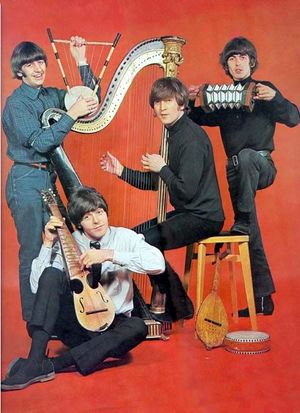 The Beatles were the first band to do many things,

including featuring the infamous “devil horns” rock hand on an album cover. 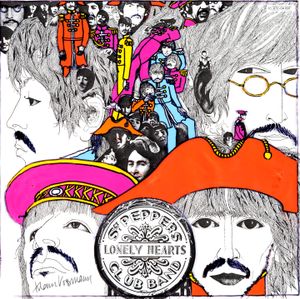 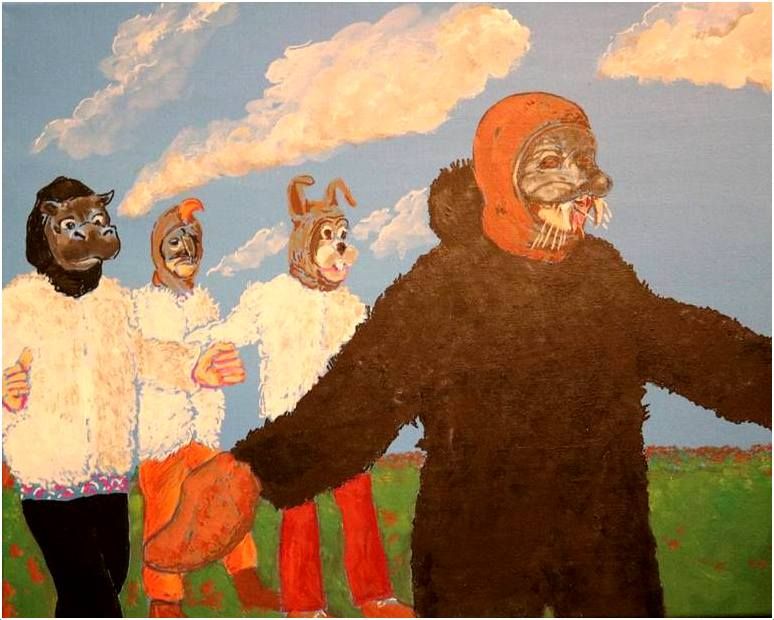 “Semolina pilchard” in ‘I Am The Walrus’ is a reference to Scotland Yard drug squad detective Norman “Nobby” Pilcher, who orchestrated the raid on Lennon’s London flat in October 1968. 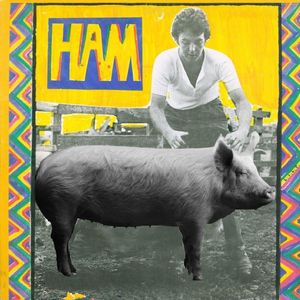 After the breakup of The Beatles and the solo careers that ensued, Paul McCartney decided to reveal that his favorite food was Ham.  His second solo album HAM, which was released in 1971,  was a nod to his favorite meat before becoming a vegetarian. 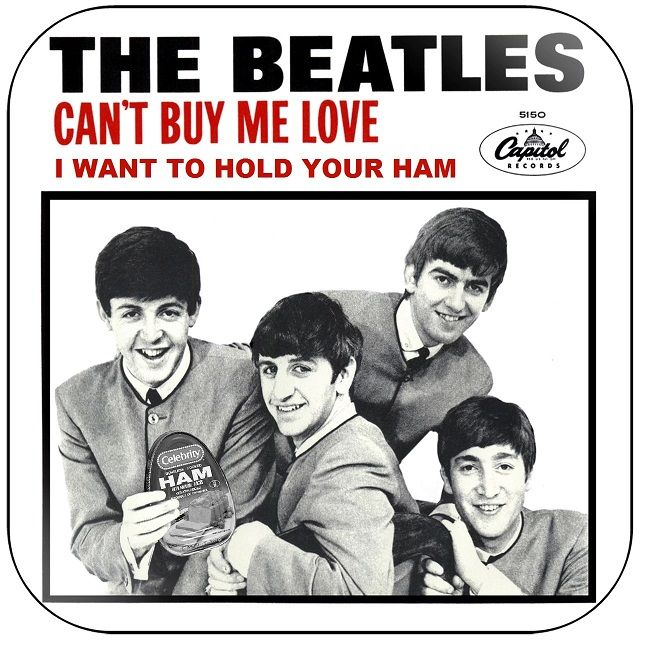 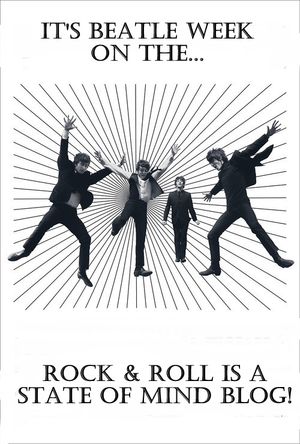 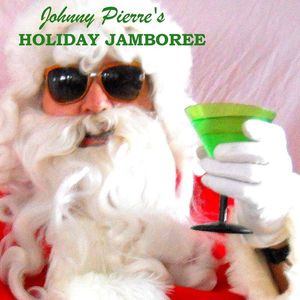